Showdown in a slaughterhouse

In the overgrown grounds of Bethton Abbatoir, our heroes lie waiting by the door for the X2 vampires to turn up. That’s Regina Torpington-Fortescue (Esq) (crossbow) (with Nuala the Vampire Slayer from The Council), Fergus (water pistols), Patty Hakuta (werebadger), and Eleftheria (“Elli”) (stakes).

But X2 are forewarned, and lying in wait too. 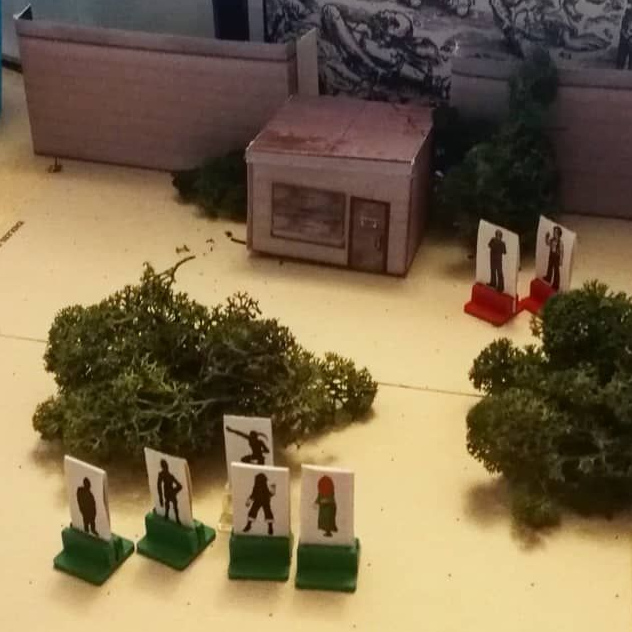 When the first two vampires arrive, Fergus (who swings between cowardice and recklessness) decides to charge them. Our heroes swiftly fight their way through into the relative safety of the slaughterhouse. Fergus links up his supply of holy water to the sprinkler system, and with his control over the doors manages to trap the pursuing vampires in the small slaughterhouse entryhall whilst dousing them. This weakens the half-dozen vampires, but does not kill them.

This buys our heroes time to barricade themselves in a butchery/processing room. When the vampires try to break through, Elli uses a protective spell to keep them back while others run interference. One gets through, and manages to feed on were-form Patty before he’s slain; and with another fatality the vampires retreat.

This is a crime gang, not fanatical devotees of evil who care nothing for their survival.

Their leader, an old-fashioned bowler-hatted cockney, appears at the other door with the shadow humanoid (Tsoudain’a) and, apparently held hostage, Blair. He negotiates a truce – he’ll let them go if they’ll “call off the slayer”. Neither side intends to keep it, but both sides want to live to see the morning – and X2 have an ace in the hole.

On the way home, Patty, with her enhanced were-badger senses, comments on just how bad Blair smells.

But it’s when they (minus Regina) meet in the bus the next evening that Fergus notices that Blair doesn’t cast a reflection in the bus window.

“Two things”, Fergus says, firstly patiently describing the email link he’s found from X2 to Terralith Eco‘s network, before dramatically adding (with pointed finger) “and Blair is a vampire!”. Elli holds Blair in place with a spell, and Blair tries to argue his vampiric case as someone who mainly feeds on meat-eating fast food managers. (Vampires aren’t the best at making ethical arguments.) He flees the bus – through the upper window. But Patty grabs him, follows him out of the window, and transforms in mid-air. 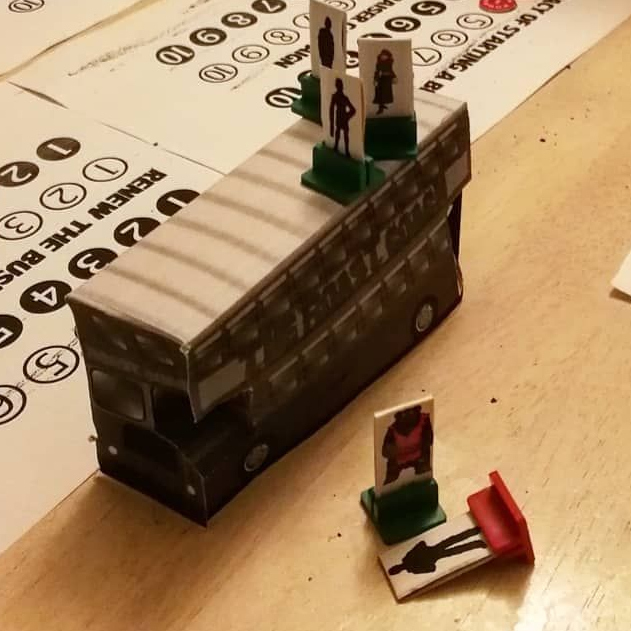 Elli freezes Blair in place, and Patty tears the vampire that replaced their friend to dust.

Later Fergus examines the odd cylinder that Blair was carrying. Its gradated, slowly rotating, lid seems to be counting down to something. Fergus examines it in his workshop, and discovers it’s a flask that was counting down to opening. With blood – that on further investigation is based on cow blood, but contains substances that could be addictive and willpower-sapping.

Someone seems to be trying to create a biddable army of vampires.

The Orphan Patty loses an aunt and gains a brother